A ‘shocking’ number of overseas nurses find themselves ‘struggling’ or penalized in their first few months working in the UK, in part because of a lack of induction and support, a conference has heard.

The issue was raised during a panel discussion this week at the Unison Health Conference discussing the importance of ethical recruitment practices in nursing and midwifery.

“Because they have no representations, they end up being sanctioned, some dismissed”

Unison has recently formed a Network of Nurses Abroad which offers regular webinar sessions providing advice and support to colleagues who have moved to the UK.

According to the union, it supports “many” foreign nurses who have been “exploited, unfairly treated and subjected to racism” since their move.

Among the panel was Gamu Nyasoro, Nurse Manager of Clinical Skills and Simulation at the NHS and an elected member of Unison’s Nursing and Midwifery Professional Group Committee.

Ms Nyasoro, who is from Zimbabwe and has worked in the NHS for two decades, said she herself had faced discrimination and encountered several challenges during her migration, including securing the move of her young daughter who is repeatedly denied access to the country.

She expressed concern that overseas nurses were not given enough information about how to live and work in the UK, including how to access healthcare services themselves or country-specific rules and regulations. 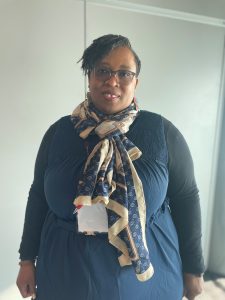 There was also the problem that British employers ‘didn’t look at their skills in advance’, meaning nurses were placed in roles or areas they weren’t confident in.

She cited examples of staff who had specialized in neonatal services before moving, who were then asked to work with older people, and those who practiced midwifery in their countries of origin. originally and were later to work in the UK emergency services.

“That’s when the problems start because now you’re putting them outside of their skills and they’re also learning new things,” Ms Nyasoro explained, adding that the pandemic hadn’t done make things worse for foreign nurses because they were isolated.

Many nurses overseas were also unaware of unions and the support they offered to professionals, she said.

According to Ms Nyasoro, there is a “shocking” number of international nurses who “actually get into trouble for the first two or three months of coming here”.

This is partly explained by a lack of information, communication or integration of these colleagues when they take up their duties.

“Things we can do to avoid [them being] in this situation,” Ms. Nyasoro said.

“And because they don’t have representations, they end up being disciplined, some of them fired, for things that if they had people like us they would have stayed at work and they would have gotten some ugly.”

During the session, a health worker seated in the audience who had also moved from abroad described his negative experiences at work.

He recounted how he was “targeted”, intimidated and discriminated against because he tried to discuss a pay issue with his employer.

When he asked for help and complained, he was told it was because he was “very vocal”.

Stuart Tuckwood, Unison National Nursing Officer, was also present and spoke about what he had seen in clinical practice.

While working as a steward at a hospital in the east of England a few years ago, he recalled how his organization had done a ‘large amount’ of international recruitment.

When staff raised concerns about using one of the recruitment agencies, they were told ‘we’ll go with whoever can find us the nurses,’ Mr Tuckwood said.

“I just remember… hearing that and thinking, you really don’t care about individuals. It’s just about filling those gaps,” he added.

“That’s why it’s such a big issue for us at Unison, because…we know we have to recruit internationally at short notice to maintain our services, but we absolutely can’t just throw people into this. situation and expect them to be able to handle themselves.”

There was also an issue about charging foreign nurses for their training if they had to return to their home country early, the session heard.

Mr Tuckwood highlighted a nurse who left the Philippines before the pandemic as a children’s nurse but was then redeployed to adult intensive care.

She had caught Covid-19, was isolated from her family, worked alone and “ended up having very serious mental health problems”.

“Then when she asked if she could leave to go back to her family in her own country, the NHS said, ‘We’ve invested £10,000 in your training, you have to pay that money back,'” Mr. Tuckwood.

“They were going to ask his family in the Philippines to send him money to pay for the NHS, which is obviously an amazing way to treat a human being.”

A motion to increase and improve the level of support given to foreign health workers was introduced during the debate and passed unanimously.

This included working to ensure that international staff enjoyed the same rights as UK workers and that these rights were protected, and that overseas staff were treated with respect and supported to progress in their role.

The motion also called for better workforce planning to reduce the need to recruit heavily from developing countries.

Other media coverage from the Unison Healthcare Group conference: