Perhaps it was seeing that painting of the soaring eagle that spoke to me and told me that I had been chosen for a moment like this, but – what the hell – someone has to say. aloud: journalists, stop it.

You tinker while democracy burns.

Last week, a TV reporter yelled at Anthony Albanese, demanding that he recite the six points of the Labor Party’s NDIS platform. And when Albanese stumbled, the Channel Nine reporter’s colleague sang that it was ‘the best in journalism’. Yes really.

So while journalists are imprisoned and intimidated in China, Hong Kong and Russia, and Maria Ressa fights the rampant spread of false information in the Philippines and is arrested and charged for criticizing President Rodrigo Duterte, a bozo of Nine thinks tripping up the Leader of the Opposition is journalism at its best.

So we can see how much Australian journalism has gone down to its very foundations.

Oh wait. It even went a little further. That same day, the Q+A, ABC’s David Speers chased Albanese on NDIS-gate like a terrier. I wouldn’t drop it, even if it had nothing to do with how you rule a country. (Ha! Or would he? Was Albanese now “goof-prone”? That subject itself was to be dissected on the ABC journalist forums, which operate like a weird circle jerk.) 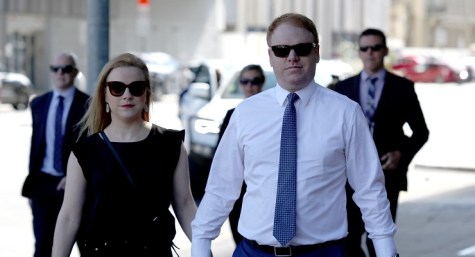 As Speers chased Albanese down several rabbit holes, I could swear I heard Mike Moore’s alum First line executive producer egg on the host with a “Go get it, Tiger”.

This does not happen. But what I heard the next day from a former ABC colleague – as the NDIS door echoed on the national broadcaster – was this: ‘They don’t know if the Liberals might come in and they’re terrified of a night of long knives.”

Well, if that’s what a puff of fear does, then for God’s sake, don’t make them speak the truth to power by saying… oh, pretty much any dictatorship in the Middle East.

Whether belligerent, scared, or seeking nauseating glory, the gang of reporters covering the federal election made history in the worst possible way. Major political parties may face their own dividing line. Journalists stare oblivion in the face.

A study published last week by the journalists’ union, the MEAA, showed a dramatic change in the position of the profession, with 86% of journalists surveyed believing that public confidence in journalism had deteriorated over the last 10 years. years.

Where to start with the problems? Lack of resources. Less staff. The distorting effect of social media. Sure, journalism is an industry, but it doesn’t exist as a single entity that could be reformed – though it is now in a desperate state.

A royal commission cannot fix journalism like it could fix aged care or veterans services. Journalists will have to save themselves. Here’s how they might start.

First, understand that the Australian government has come a long way in destroying the pillars of democracy. The rate of destruction of accountability and judicial bodies and the government’s hostility to transparency and truth is actually undermining Australian democracy. That this destruction is led by the prime minister should weigh heavily on what journalists do. 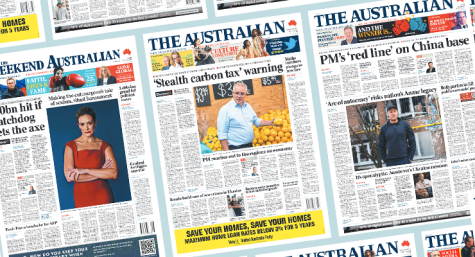 Second, use your platform to represent the public interest rather than gathering 10-second promotional material for your network or tweetable content to build your miserable social media profile. Here is an example of real areas of public interest that you could pursue:

Third, accept the fact that if there is a decline in faith in journalism – and with it an alienation from politics and a loss of interest in maintaining democracy – then it is happening on your watch and affecting you. directly. If a reporter asks stupid questions, get up and call him. The standard you pass by, blah blah.

Fourth, do the hard work of journalism – find facts and pursue a case. Don’t imagine trick questions are journalism at its best. You further alienate public trust and aid charlatans with the gift of gossip in positions of power.

And a special note for TV dudes and dudes: it’s not enough to impersonate someone who is authoritative.

Here’s a handy guide on how to be a journalist, in case you haven’t seen it: it’s the MEAA’s Code of Ethics for Journalists.

Maybe you should ask Albo if he can name the 12 points. Can you?